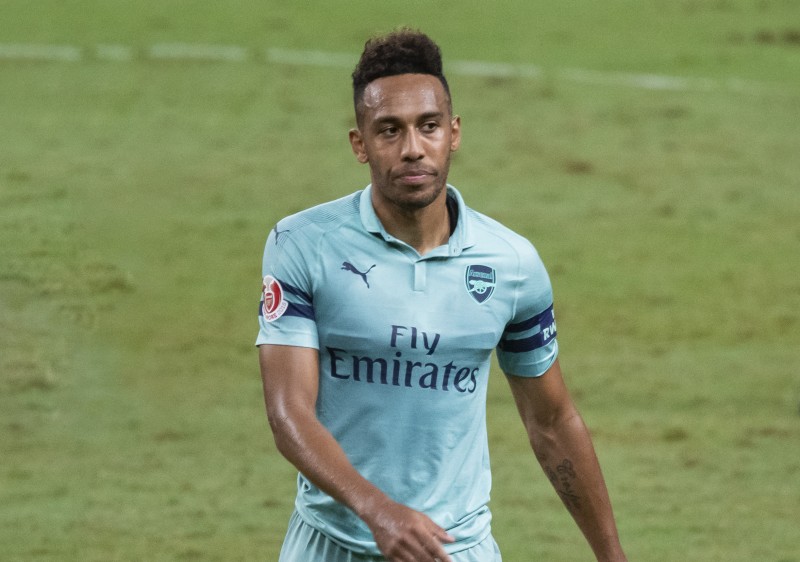 VAR to the rescue

Whether you like it or not VAR is here to stay, and the technology has certainly taken a central role in the new football season. Goals have been disallowed, penalties retaken, and offsides have in some cases been brutally dealt with. It is questionable if a player should be deemed offside if his finger is in that position. Still VAR did come to the rescue of Arsenal and more importantly for every fan who loves the game the rescue of football itself when the Gunners took on Manchester United on Monday night.

A goal down, Arsenal were on the attack when striker Pierre Emerick-Aubameyang received a beautiful through ball by Bukayo Saka. Aubameyang was a few yards onside, some would even say a country mile, he ran on and scored a goal, and yet it wasn't a goal because the linesman had flagged for offside even though he was in a superb position to see that Aubameyang was clearly onside. Everything was affected and the ripples at that point had only just started. For one the linesman was not looking at his line of players, he was looking at Saka's pass, yes it was fantastic, but do your job linesman, or it may just become obsolete.

The ripples of the goal continued because United goalkeeper David de Gea failed to dive for Aubameyang's shot because he could see that the linesman had raised his flag, that was a mistake on de Gea's part, and again the linesman was at fault. Kevin Friend the referee only blew his whistle once the ball had gone in the net and that was the correct decision as VAR was called into play. VAR of course gave the goal and justice really had been done. The final ripple may happen in another game, that is, had the referee blown as soon as he saw the linesman's flag the game would have stopped and the goal disallowed or never converted. UEFA has asked that in the Champions League, officals need to let the game run so VAR can come into effect, that same rule needs to apply to the Premier League also and all domestic leagues, that would be common sense. VAR has been tricky, officals have recognised that there were 4 clear errors from it last month alone, but it done it's job to perfection on Monday night. How awful to think that in seasons past Arsenal would have been disallowed an obvious goal.

Who knows what Steve Bruce's music tastes lie in but one would hope he is aware of Glenn Frey's 80's classic 'The Heat Is On', because it certainly is with him. Newcastle lost 5-0 at the weekend to Leicester where Jamie Vardy ran riot and Newcastle's Isaac Hayden saw red. Bruce did not see the match as a loss but a surrender and he was right. Bruce has to be under real pressure now to keep his job. He will have the support of club owner Mike Ashley, Ashley knows he will have no problems with Bruce like he did with the outgoing Rafa Benitez but the club will not be able to keep Bruce much longer if the results do not come in. If there is no improvement this month Bruce could well be sacked he is odds of 5.00 to do so and is the 2nd favourite.

Statistics since Bruce took over the Magpies do not look good. With just one victory his win rate is 12%. Newcastle's fixture list in October reads as: Manchester United (H), Chelsea (A) and Wolves (H). That looks like an incredibly hard run for Bruce and he would do well to get anything from those games, watch this space.

One of the surprise teams in the Premier League so far has been West Ham, who this time last season had not won a game. The Hammers have collected victories on 3 occasions and are in 5th place with 12 points. They have gone the last 6 games undefeated and the hard work of Manuel Pellegrini is paying off. The Hammers are 17.00 to finish inside the top 4 and 1.57 to finish in the top half.

In Spain there have been reports that Jose Mourinho is being lined up to make a sensational return to Real Madrid. Really? Because one look at the La Liga table and you would see Real Madrid are in 1st place. Yes they have started a little slowly for their liking and some results that you would have expected them to get they haven't. But if anything Madrid have been improving in recent weeks, a win away to Sevilla and a 0-0 draw also away to Atletico Madrid have proved that Zinedine Zidane has installed some strength inside his team. How long that will last for is anyone's guess but reports of Zidane's expiration at the club have been greatly exaggerated.

Finally it is the week of the Champions League and Europa League as Europe's best teams go head to head for the 2nd batch of matches in the group stages, here is a reminder of the favourites for each competition.