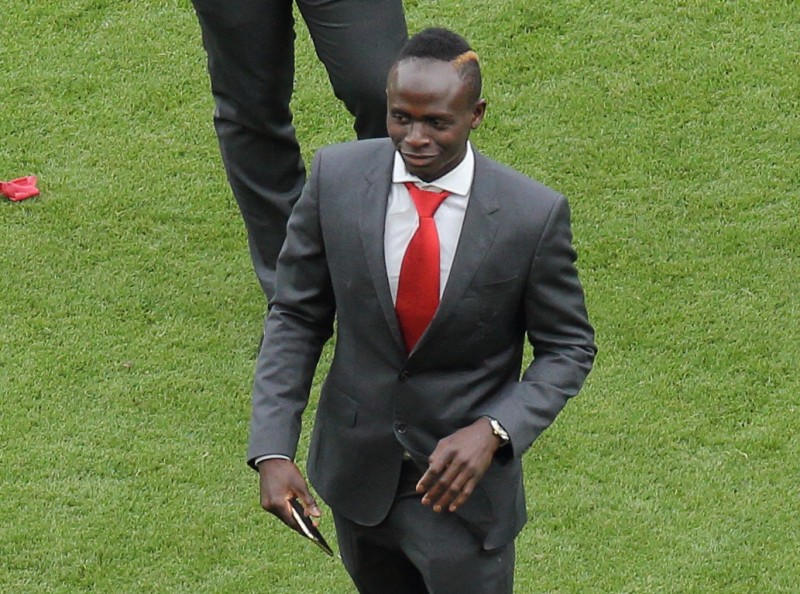 Liverpool beat Leicester 2-1 in a good game of football where the Foxes were not afraid to attack at Anfield and had come back from a goal down. However the controversy erupted when Sadio Mane went down in the area for a Liverpool penalty, which ice-cool James Milner converted. But was it a penalty? The rules state if there was contact and there was contact, but it looked minimal. The problem with what happened next is all down to Mane who fell to the ground in such a way that Vaslav Nijinski would have been proud. It was simply an unnatural way to fall from the contact that was made, and it seemed as if Mane just wanted to convince the referee beyond all doubt that it was a penalty.

Perhaps by the laws of the game it was a penalty, after all the ball wasn't touched, but football is a contact sport, and it seems rather correct to think that the appeal should have been waved on. It was also somewhat predictable that the incident would appear in the 95th minute just as the whistle was going to be blown. Ex footballers turned pundits are spilt down the middle with some saying it was a clear penalty and others laughing it off.

What also noticeable is the simulation rule itself, it seems as if it's only ever one of the other, a penalty or simulation but never both. Surely if the defender doesn't get the ball, and makes excessive contact with an attacker it's a penalty, but if the player being fouled also goes down like he's been shot in a completely unnatural manner with the aim of convincing the ref then it should also be a yellow card for simulation. Whether a player dives or not isn't actually the basis behind whether the tackle is a foul or not, it is possible to have both.

Anyway, this one could go on and on, but the most important thing is that it is done and dusted- there is no going back and Liverpool are now 8 points in the lead winning all of their opening 8 games. If they beat Manchester United after the international break the Reds equal the Premier League winning streak of 18 games achieved by Manchester City. They will then face Tottenham to try and beat the record win their first 10 games of the season.

With Liverpool pulling clear on Saturday it was up to Manchester City to reduce the gap to five points and they were expected to breeze through a home game with Wolves, except they didn't and lost 2-0. City were as low as 1.05 to win. The Norwich defeat was a surprise, but at least they were away from home, this one just felt like it told its own story. That story being that the hunger isn't at the club. That feels odd saying that about a Pep Guardiola team, but it seems fairly obvious that the players have more of a desire for what they haven't won- the Champions League. Plus let's be honest Guardiola doesn't want to leave another club following his time at Bayern Munich and not win the Champions League. For all of Guardiola's presence over the trophy it has been 8 years since he guided a team to Champions League glory.

It feels unnatural to say this in early October but the league in terms of who is going to win it does feel like it's one more slip up away from being over. One could point to the fact that City lost 3 games last season, but they have already lost two, and already dropped 8 points, at this stage against such a consistent team in Liverpool it feels a large gap. It also feels like they will drop more and fall to more surprise losses due to their defensive problems. What City and indeed Liverpool achieved last season was epic, the run, the consistency and the fight to never give up, but only one team could win, and it was the time for City to do that. It seems that power may have shifted to Liverpool, who have all of the motivation to win the league and end, to quote Baddiel and Skinner, 30 years of hurt.

The bookies latest odds to win the league have Liverpool at 1.72 and Manchester City at 2.20. Just to prove that it is a two-horse race again Chelsea are the next favourites priced up at 81.00.

Following defeat at Newcastle United, Manchester United manager Ole Gunnar Solskjaer has been installed as the 2nd favourite to next lose his job and he is 2.50 to do so. His record has been near appalling with a team who are clearly disillusioned with him. Both Steve Bruce and Solskjaer were under pressure going into the game, and despite the Red Devils troubles you could argue they had the better team, but there is no cohesion, chemistry or even a willingness to win games. It may sound like a broken record but it's incredible to see how far the club have fallen. For a certain generation they knew no different than to see United as a powerhouse of a team, that era for now looks dead, and Solskjaer looks like a dead man walking.

Finally in Italy, the top two undefeated teams went head to head in Serie A, Inter Milan and Juventus, and from a Premier League perspective it was interesting that it would also bring together Antonio Conte for Inter and Maurizio Sarri for Juventus, two ex-Chelsea managers. Inter took the lead but Juventus ran out 2-1 winners. Juventus are looking for their 9th league title in a row and are priced up at 1.44 to retain it. Inter are 5.00. Only one point separates the clubs and for now the value certainly lies with Inter despite this defeat.

The international break is upon us once again and domestic seasons won't return until October 18th as the Euro 2020 qualifiers take place. Here are the 3 favourites to win next summers competition: