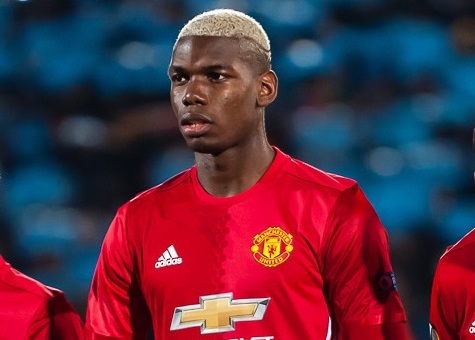 How significant was Tottenham's 2-2 draw at Manchester City last weekend? Tottenham who would like to think of themselves as a direct rival to champions City and therefore a title contender were the underdogs and not many people would have backed them to come away with any points. However much like in the Champions League quarter final last season, Tottenham are becoming a bogey team for Pep Guardiola's City.

It was simply uncanny that City would have a goal ruled out by VAR, a winning goal in that right at the end of the game - just how it happened in that Champions League match with Tottenham back in April. After the game Guardiola was full of praise for his team, who were far the better team, creating over 30 chances, in comparison Tottenham had 2 shots on target and scored from both.

Back to the first question, and the significance of the result shouldn't affect the champions in anyway. Had they scraped to the 2-2 draw questions could be raised but this was one of those games where the many chances they created simply couldn't be converted into goals. Still there will be some pressure applied to the champions even so early on in the season, as we saw last season Liverpool rarely dropped points and the bar for mistakes and missed opportunities between the two clubs has risen so high that the result but not the performance could count by next May.

As for Tottenham they are looking impressive, more gritty and up for the fight and let's not forget they are scoring goals too, that's 5 in the opening two games and they should remain a threat to both City and Liverpool throughout the season.

As for Liverpool, they are top of the league on goal difference from Arsenal, and the Reds have started impressively. A 4-1 win over Norwich, then a trip to Istanbul for the Super Cup, which they won against Chelsea on penalties, and then they beat Southampton 2-1 in the League which was impressive given that they had travelled to Turkey in midweek. The only negative news for the club is the injury to Alisson. He is expected back before the end of the month, but based on last season they are missing him. Adrian has stepped in, bought from West Ham just before the transfer deadline and even though Jurgen Klopp's team are continuing to win he will be very aware that a team who hardly conceded goals last season have shipped 4 under Adrian in his two and a half games.

Paul Pogba made it into the headlines again but not for any good reason as he insisted on taking Manchester United's penalty when United played Wolves and the score was at 1-1. He promptly missed it as the game ended in a draw. There were reports of some vile racist abuse towards Pogba following that and he apologised to his team mates. Is the away draw against a good side in Wolves just a glimpse into the season, and what we can expect from United? Solid at home but average results on the road? If so United could struggle for a top 4 finish.

The early signs at Newcastle are not good. The appointment of Steve Bruce with all due respect seemed an odd one for Mike Ashley, with the only benefit being that Bruce would have been more of a yes man to the outgoing Rafa Benitez. Bruce has spent a kings ransom on the team for the Magpies usual budget but they have lost their opening two matches. A defeat against Arsenal wasn't the end of the world but losing 3-1 to newly promoted Norwich will raise eyebrows. And now Michael Chopra an ex player for Newcastle has claimed that some senior players have spoken to him and they have complained that they don't know their jobs. Ouch! All of this and were not even out of August. The Magpies face Tottenham away this weekend and on paper that looks like another loss- this could be a very long season for Ashley, Bruce and co.

Over in France whilst the column inches are being dominated by Neymar and his proposed move to Barcelona, may we just add that it seems fairly obvious that the Brazilian will be returning to Barca, a deal will most probably be finalised in the last few hours of the window and that will be that. The bigger picture is Lyon, the team that dominated Ligue 1 in the 2000s winning 7 titles in a row. They have started the season with a bang, going top of the league and scoring 9 goals in their first two games. Already it is thought that they will be PSG's main challenger for the title. As for the champions, whilst it is true they have Kylian Mbappe up front, take him out and they look quite weak in the striking department. Edinson Cavani is scoring goals, but he has been with the club for far too long, and was expected to leave this summer, before he realised not many clubs wanted his signature. To make matters worse they lost 2-1 at Rennes this past weekend, and the pressure is certainly on coach Thomas Tuchel.

Over to La Liga, and it seems that the UK will not get to see the games this season. ITV does have a small percentage of games to be shown in the opening weeks but from September it could be a lost cause. Sky Sports which was the traditional provider has ruled itself out of bidding. Thought to be around £30m to show per season, that figure is nothing compared to the billions Sky have to pay for Premier League games, one could think just having Spanish football on its rota would make sense. Not so, and whilst you can criticise Sky Sports for not even bothering to show up at the party perhaps the real reason is that UK football fans in general have no interest in watching La Liga. Viewing figures must have been shocking for Sky Sports to initially drop the rights and then Eleven Sports took it up to drop it too. We will know in the next few weeks if La Liga will be condemned to streaming sites only.

However if you have missed the opening games last weekend, it started off with a bang with Barcelona losing against Athletic Bilbao 1-0, to a stunning last minute overhead kick. Fans will point out that neither Lionel Messi or Luis Suarez played but new signing Antoine Griezmann did, and starts his career with the club in disappointing fashion. His former club Atletico Madrid who could well win the league this season won their opening game with a goal that was set up by none other than Kieran Trippier.

And finally Real Madrid won but Zinedine Zidane lost - that is his battle in trying to off load Gareth Bale, which made no sense in the first place. Bale is back with Los Blancos, and set up the teams first goal as they went on to beat Celta Vigo 3-1 away from home. It will be fascinating to see how many times Bale proves Zidane wrong this season.