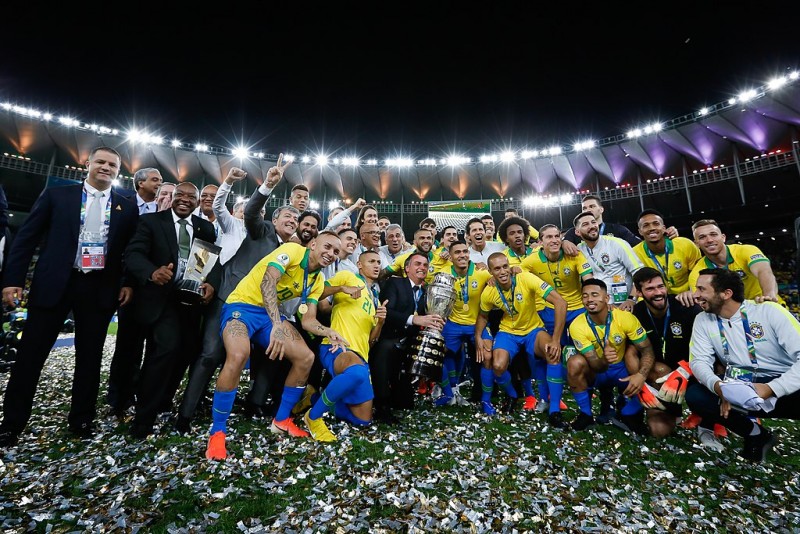 If you think that football hasn't actually stopped, sat down and taken a well-deserved rest then you would be right. This summer has actually been busier than a normal domestic season and in 4 weeks the league season kicks off once again.

There have been 5 competitions this summer. The UEFA Nations League, The Women's World Cup, Copa America, Africa Cup of Nations and the Gold Cup. It simply hasn't stopped and 3 of those finals took place on the same day.

First, congratulations are in order to the USA who were simply a class above any other nation in the Women's World Cup. Also the women's game seems to have taken a huge upward shift with the World Cup and is being taken more seriously, serious enough that many games next season will start to be played in Premier League grounds. There is however still a huge gulf in quality compared to the mens game though, not just physically but technically the standard really needs improving a lot if it's ever going to gain strong levels of popularity.

As for the Copa America, Brazil won their first major trophy since 2007 and they did it all without Neymar. Lionel Messi's Argentina came 3rd, but Messi will have another chance next summer to finally win a competition with the national side. Portugal won the Nations League and Mexico upset USA on home turf to win the Gold Cup. The Africa Cup of Nations as we write is still going on with the final due later in the month.

And so football does not stop - next summer we will have the criss crossing of Euro 2020 which will take place in several countries and the Copa America, which was originally due to take place next in 2023. This has been changed to 2020 to revert to the competition taking place in even years.

Summer is also about transfers and the biggest eye catching one has been in Spain's La Liga where Atletico Madrid have purchased teenager Joao Felix from Benfica for 125m euros. A massive gamble but if it pays off then Atletico will get his best years plus be able to sell on for an even bigger kings ransom. Felix who is Portuguese is being touted as the next Ronaldo - we will see.

In the Premier League the transfer activities have actually been quiet with under 30 days to go until the window slams shut. Champions Manchester City have spent almost £90m bringing in 6 players with the most eye catching being Rodri for £63m from Atletico Madrid.

Liverpool have signed just one player Sepp van den Berg from PEC Zwolle for just over £1m, otherwise the Reds have been non existent so far. Chelsea cannot sign anyone with their current transfer ban and Tottenham have signed Lyon's Tanguy Ndombele for £60m. Ndombele could be a big prospect but even Lyon's fans admitted that he wasn't even their best midfielder last season and was below the pecking order of Nebil Fekir and Hassam Aouare.

Arsenal's signings have been quite frankly poor. Three of their four new arrivals have come for free and from the Academy and they have bought unknown Gabriel Martinelli from Ituano in Brazil for £6m. It could be possible that Unai Emery has simply been doing his homework and the players that have come in could be household names within a few seasons, but one doubts it. The club also announced the signing of Saint Etienne defender William Saliba for £27m but Gunners fans shouldn't get too excited as the player is being loaned back.

So what is going on with the so-called richest clubs in the richest league? It does seem odd that the top 6 finishers from last season have spent less than £200m. Has the bubble burst or are the best players avoiding the Premier League? It's an interesting story that will develop if more players are not signed in the coming weeks.