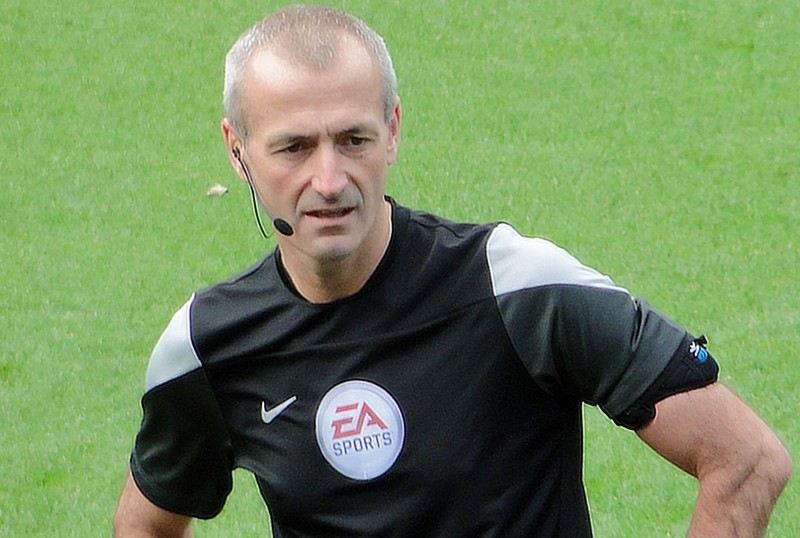 November 3rd, 2019 is a date that Andre Gomes will never forget. The Everton player was involved in an horrific injury which dislocated and fractured his ankle in a sandwich tackle by Heung-Min Son and Serge Aurier as his club Everton took on Tottenham at Goodison Park. The sheer horror on Gomes' face said it all, no one around him felt the physical pain and yet everyone around him could sense it, viewers included, it was a nightmare of epic proportions. Gomes will miss the rest of the season that much is clear, the hope now has to be that his career at just 26 years of age is not over.

The aftermath of the incident was clear, Son broke into tears, he is not a malicious player although there was a small altercation with Gomes just beforehand. However, there is no way that Son went out of his way to hurt him. Aurier too slid in and made contact, and there is the possibility that the actual tackles that went in did not cause the injury and instead it was the way Gomes fell on his foot. Son still crying was then sent off and yet Aurier received nothing, which in itself seemed odd. A booking for each would have been sufficient and one wonders why VAR yet again failed to do its job.

As far as the game was concerned Everton were denied a clear penalty when Dele Alli's handball was reviewed by VAR. With everyone believing, partly because of the new rules in place, that VAR would give a penalty, it came back as no penalty. Not only did it seem unjustified but it also took 3 minutes to decide, which felt like an age, and one can't help but wonder if the same decision would have been made if Tottenham had been playing one of the top sides, like Liverpool or Man City. VAR was meant to ensure decisions were fair, however even with video replays the officials still seem to be giving the benefit of the doubt to certain sides compared to others. At that point Everton were losing 1-0 and the salt was being grinded into the wounds. Earlier on Tottenham had taken the lead through Dele Alli with a fine goal which seemed to lift the pressure of Mauricio Pochettino and just scale it back onto Marco Silva. Yet despite everything going against the home side and the horror incident of Gomes' injury there was still time for Everton to take something from the game. Of all the players, Cenk Tosun would be the hero of the day. He was there for Gomes cradling his head and reassuring him throughout his injury and he was there for the club in the dying moments of a game that everybody wanted to forget. A brilliant header flew past Tottenham keeper Paulo Gazzaniga with such vengeance you were half expecting the net to cave in. A draw at this stage felt like a win, It was Tosun's 10th goal for the club and perhaps his most important.

The result of course took on a secondary meaning but with football moving so fast and with Silva's job under threat, in the days to come getting a point will mean something. Everton's next match is an away trip against Southampton whilst Tottenham will face Sheffield United at home.

If football was an Houdini act then it would come in the form of Manchester City and Liverpool this past weekend. Both clubs were surprisingly losing their respective matches for the majority of the game before coming back. City who had beaten Southampton 3-1 and knocked them out of the Carabao Cup just days before were losing 1-0 with 20 minutes left, to a team who had shipped 9 goals the previous week. Although the champions were far and away the better team, it felt like they were going to suffer their 3rd loss of the season. But cometh the 70th minute cometh the man, and Sergio Aguero equalised for the club before an unlikely hero in Kyle Walker scored the winner with just four minutes remaining. Liverpool as ever did even better because they were losing against Aston Villa with just 3 minutes to go when Andrew Robertson levelled the score before Sadio Mane netted the winner in the 94th minute. It was a relief to see Liverpool win in the final minute without the help of a penalty and with nearly 80% possession and 25 goal attempts they fully deserved the win in the end. However Aston Villa must feel aggrieved with themselves. Letting one goal slip and finishing off with a draw would have been frustrating but acceptable, but collapsing near the end as they did and getting nothing from a game they were leading for 87 minutes does not bode well for the rest of the season.

We can still recall the chants of 'Wenger Out' that seemingly engulfed the Emirates stadium for a few seasons before the Frenchman finally left the club in 2018, but 18 months into his job it is now 'Emery Out'. The Arsenal fans and of course this isn't everyone have had enough of the Spaniard's tactics and like for like substitutions, and his game plan does feel rather stale. Despite the Gunners reaching the Europa League final last season it doesn't feel that Emery is taking the club forward, and whilst he was given a pass for his debut season, that isn't the case now. Arsenal drew against Wolves 1-1 and for the 2nd consecutive week that was points dropped at home and was yet another example of the team taking the lead only to be clawed back. Arsenal have won just 2 games from their last 9 and on form the club would be in 11th place. Emery is priced at 5.00 to be the next manager to be sacked, whilst Southampton's Ralph Hassenhutl has been installed as the new favourite at 3.00.

There were plenty of Euro shocks over the weekend starting at German giants Bayern Munich who were thrashed 5-1 by Eintract Frankfurt. That result has cost Bayern manager Niko Kovac his job after 10 games of the new season. Just a month ago Bayern were scoring 7 goals past Tottenham in the Champions League but in fairness it seems that Kovac was never the perfect fit at the Bavarian giants. Despite winning just 50% of their games Bayern are only 4 points from the top and in 4th place. What is interesting is that this time last season Kovac was on the verge of being sacked and Arsene Wenger was then installed as the odds on favourite to replace him. This time Wenger is odds of 26.00 which suggest that he will probably never manage in the game again. The favourite at 3.75 is Jose Mourinho. For the Bundesliga title Bayern are 1.44, Borussia Monchengladbach who lead are 26.00.

In LaLiga, Lionel Messi put Barcelona ahead in their game against Levante and that seemed to be the end of them, but Levante roared back in the game and at live odds of 101.00 and beat Barca 3-1. Despite the loss it wasn't a total shambles for the club given that Real Madrid could only draw 0-0 at home to Real Betis. Rounding off the shocks was PSG who took the lead against Dijon in France's Ligue 1 only to succumb to defeat to the bottom three side. A terrible result just like Barcelona's was cushioned because 2nd placed Nantes lost their 3rd game in a row, which means PSG have a 7 point lead at the top despite losing 3 games already.