Will we see a new Top 6 this season? 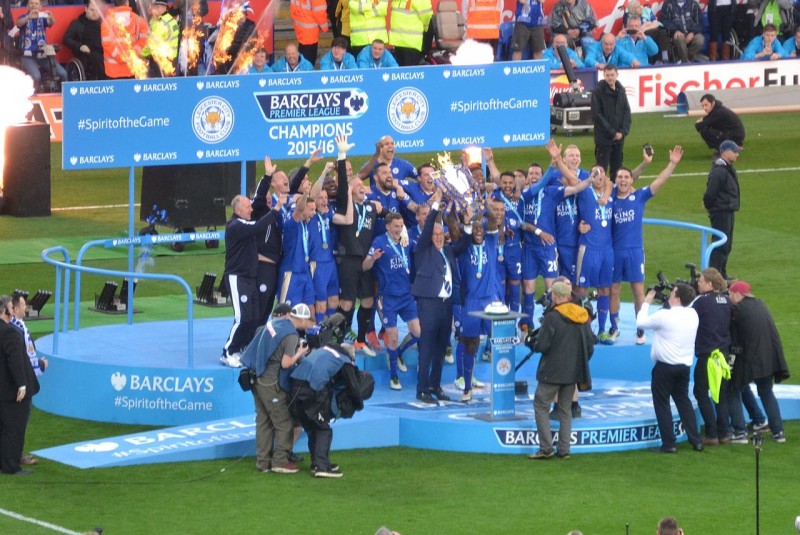 The Premier League is by far the most advertised league in the world, and that has been greatly helped by Richard Scudamore's presence for the past 20 years and Sky and other satellite broadcasters in England putting up so much money going into the billions to make clubs who even finish in mid table rich above their wildest dreams.

By the late 90s Sky would offer tag lines to go along with the season, one of those was the big two, in reference to Manchester United and Arsenal who were dominating the domestic game at that time. Then the rules for the Champions League changed and if you finished in the top 3, you could qualify, soon after it was the top 4, and a new slogan had been invented and it spread across the country like wildfire. Known as the big 4. The Sunday Super clashes had and still do have an uncanny way of throwing these teams together during certain times of the season to maximise coverage.

As the mid 2000's rolled on the big four were Manchester United, Chelsea, Arsenal and Liverpool. But with more money being invested into the game the giant of Manchester City was born, a club who are now dominating the Premier League and with the emergence of Tottenham who stunned everyone as they made it to the Champions League final, you can forget about the big four, it's now the big six. For those of us who support teams who have attained a staying power in the league but don't regularly finish so high up, it feels that you are being invited to the party and shuffled into a different room. However will the promo boys, with their pointless tag lines have to think up something a little different? Perhaps the big 8 is on the horizon? Or simply that some teams who are regarded as one of the big six clubs won't be able to fulfil that requirement this season.

Both Manchester City and Liverpool will have no problems and even though we are only in September it looks inevitable that those two teams will be taking up 1st and 2nd positions - in what order is the only curiosity there. But the rest, well that looks like an open field, doesn't it?

Chelsea finished 3rd last season, if they repeat that trick under Frank Lampard he may just win the pound for pound fan vote as manager of the season. Whilst the Blues will inevitably get better this season and have a few good runs, they haven't started very well and it must be a worry for Lampard to see how his side keep getting pegged back and can't hold a lead. The good news is that after four games they have been defeated just once, but then again they have won just once too. Even a top six might be a struggle for a team in transition.

Tottenham claimed 4th place and the final one for a Champions League spot. They are playing like a sleeping, weary giant and haven't started so brightly but it's clear to see the quality that Mauricio Pochettino's team have and with possibly Chelsea out of a top four run, Tottenham have it within them to have another decent season and it would be no surprise to see the club slot into 3rd place.

The biggest problem for Arsenal who finished in 5th last season is their away form. In Arsene Wenger's final years in the dugout it became evident that the Gunners couldn't buy a win on the road. Under Unai Emery the problem persists, and although they did beat Newcastle on the opening weekend of the season, they went down 3-1 too easily against Liverpool. The match against Watford at the weekend will be a big measure and test for the Gunners. Maybe it is acceptable to lose to Liverpool on the road, but we can only gage if Arsenal have turned a corner against the likes of Watford and so on who can make a 3 pointer suddenly look like heavy weather.

Rounding off last season's top 6 is Manchester United. The question is have United turned into Liverpool from the 1990s? An era truly looks dead, as if that wasn't confirmed before, although there seemed to be a glimmer of hope when Ole Gunnar Solskjaer arrived at the club in December. But poor form soon set in and take out the opening weekend Chelsea win, and the club have had a series of poor results. A top 4 place looks distant and even a top six position could be threatened. So if an elite position is not certain who are the most likely clubs to come forward?

Number one on the list should be Leicester City. Since Brendan Rodgers took over in February, the Foxes have been outstanding and have started this season in glorious fashion - currently 3rd and still unbeaten. They look a very well balanced side, playing stylish football and look full of confidence and belief in their manager. Leicester are currently odds of 9.00 to finish in the top 4 and are 3.00 to finish in the top six.

Everton are another team who could threaten to step into the top six. They showed a lot of promise at the back end of last season and take out the Aston Villa defeat in this one and the club under Marco Silva have started fairly strong. They are odds of 3.75 to finish in the top six, and that could be good value, because up front they look like they have goals in them thanks to their new signings, and teams that score goals finish high up.

Wolves impressed last season but the undoing of them could be their travails in the Europa League, and they remind one of Burnley from last season. Still if Wolves can regain some form they are odds of 6.00 to finish in a top six place.

It could just end up that the top six are exactly the same as last season, but it is evident that Manchester United and Chelsea are especially losing points and it doesn't bode well that it is happening at home, both teams seem like shadows of their former selves and it will be fascinating to see how their seasons play out.

We will end with the story that the first Premier League casualty has already taken place with Watford's sacking of Javi Gracia. With just four games played the decision seems odd. The club could point to the fact that if you took in last season then the Hornets have won just 1 of their last ten games and they are currently bottom of the league. But Gracia did take Watford to their first FA Cup final since 1984 last season, even if they were then embarrassed by Manchester City once in it.

The timing of Gracia's sacking though seems a little off. One could wonder if the clubs board did not think about letting him go at the end of the season, if so, why keep him on for the summer? The bigger surprise is his replacement in former boss Quique Sanchez Flores he who had a win rate with the club of 36%. This will be Flores 11th managerial job in 15 years and whilst anyone in football would wish him the best of luck, history does not bode too well for him. Perhaps to make matters worse his first two games are against Arsenal and Manchester City….