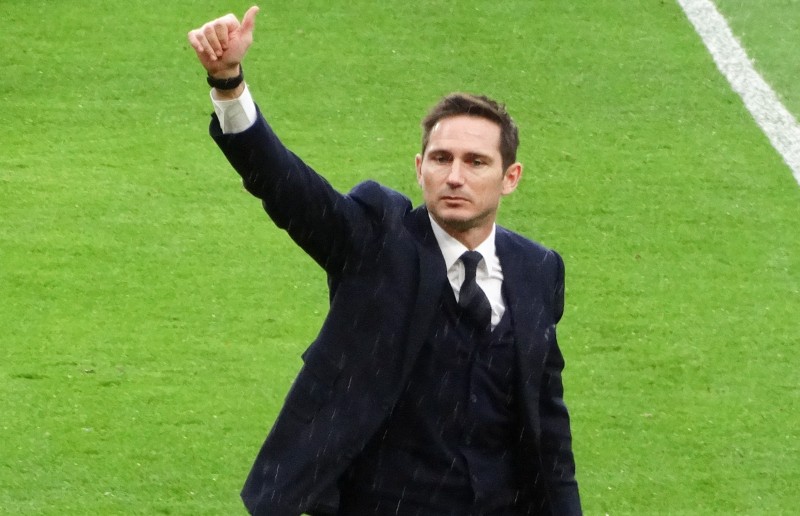 Maurizio Sarri was never loved at Stamford Bridge so it should come as little surprise that the very moment he had a chance to jump ship he did. He smoked, chewed on dog ends, won a Europa League, made the final of the Carabao Cup, smoked some more, lost 2 games at home, finished 3rd in the league, constantly picked Jorginho, didn't listen to the fans and smoked some more.

Sarri is gone and it is easy to feel that he may have been hard done by. Considering this was his début season in England and that he finally won a major trophy in his career, it is all the more surprising that he doesn't remain as manager. Of course Chelsea's two window transfer ban, which they are currently appealing, and the loss of Eden Hazard to Real Madrid couldn't have helped matters. At the same time Sarri does not have a glittering managerial career and seemed humble enough to stay with The Blues. The underlining problem was that he knew he hadn't reached the hearts of the fans and then Juventus, the six foot blonde offered him a better date and he wasn't seen for dust.

Sarri has made a smart move too - Juventus are far and away the best side in Serie A, and another league title should follow next season and he gets to work with Cristiano Ronaldo. Though there is legitimate pressure for The Old Lady to win next seasons Champions League it is questionable if a coach who has just one major trophy on his resume will see it the same way. Sarri can't lose with this, can he?

Is Frank set for Chelsea return?

So who will be the next manager of Chelsea? The outstanding favourite is ex- player and let's be honest a legend within the club Frank Lampard. The word legend almost feels awkward given that Lampard was playing for the club only a few years ago, but he is part of the furniture and it would be a welcome return for Lampard who would receive more love in his first game at The Bridge than Sarri could conjure up the whole season.

However is Lampard the right man for the club? Witness his season with Derby, his only one thus far, when the club finished 6th in the Championship. Whisper it but they made no progression as they finished in the very same position the season before. In the play-offs they reached the final only to be ousted by Aston Villa.

Lampard did a good job and is a true footballing man, comes across well away from the pitch and is very intelligent. He could be one of the great managers of the next decade or so, or he could not. However this Chelsea job is surely about the timing. Picture this, Chelsea are happy to see Sarri leave, a manager that has had 29 years experience in the game for one that has had 12 months. Whilst it may be brutal to think, surely if Lampard had never played for Chelsea he would not be getting this opportunity. At the same time it's churlish not to understand Lampard taking the job if talks progress to the next level. He does love Chelsea and who could take the opportunity away to coach a team in the Premier League who are also in the Champions League against another season with all due respect in charge of Derby in the Championship?

Michel Platini has been arrested and questioned as the procedure into how Qatar the size of Manchester got to host a World Cup continues. The answer seems painfully obvious but for want of a better word we won't be telling you, no one wants to get into trouble. Now there has been talk of stripping Qatar of its World Cup, but this would be the wrong decision. A lot of dedicated work by underpaid workers would be in vain if the actual tournament did not go ahead. But we must learn from this chaotic process. Transparent voting please FIFA and UEFA. But don't hold your or anyone else's breathe on that one.

Finally it's the season of the summer transfers and on these very pages we will have plenty to talk about, but this week was a Dynasty type of one that involved Barcelona, Real Madrid and the J-League in Japan, and it was fun.

It all centred around a teenage prodigy Takefusa Kubo who was on Barcelona's books since the age of 11, that was until UEFA got involved and didn't like Barca's meddling into under 18 players. They served a transfer ban and a fine and Kubo was made to go back home to Japan. So the thinking was that when he turned 18 he would simply repay Barcelona some good faith and go back to them, not so.

After lightning up the J-League and playing his first professional game at 15, the years went on and a certain Real Madrid started to take interest. Now the B team of Madrid have signed Kubo to a 5 year contract, a penny for your thoughts Barcelona?

Kubo could fade into obscurity or become the next Lionel Messi- if you believe the hype. Though it has to be said his clips on You Tube do look spectacular. A lightning quick player with more tricks up his sleeve than David Blaine. Whether he can cut it in La Liga is another thing, but good luck to him, or as they say in Japanese がんばって.