Title race over & Everton finally come back to win 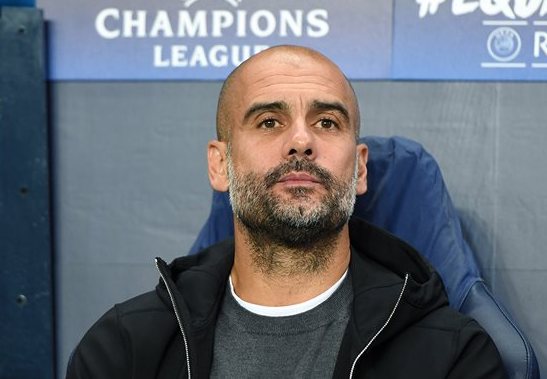 Game over for City

The 2019/20 Premier League champions will be Liverpool even though there is still 39 points to play for and they are 22 in front - it is a lost cause for Manchester City.

That was confirmed on early Sunday evening when City lost 2-0 at Tottenham, their sixth loss of the season. It was an odd game by all accounts given City's dominance and that Tottenham had only 3 attempts on goal, but two went in (the second helped by a deflection from Fernandinho) but it was a big win for Spurs. Manager Jose Mourinho had started his managerial career with the club somewhat in underwhelming fashion but beating the champions and getting one over on his old rival Pep Guardiola will be very encouraging to him.

It wasn't a beautiful win by any means but it did remind one of Mourinho at his Inter Milan days, and he was hugely successful at the Italian club. Steven Bergwijn making his debut scored the opener and what a day this will be for the young Dutchman to remember. The win has moved Tottenham past Manchester United and Sheffield United and they are now just 4 points behind Chelsea for 4th place.

Chelsea could only draw 2-2 at Leicester in what was an exciting game that saw Chelsea open the scoring only to be pegged back and then Leicester took the lead just to see Chelsea come back. Both goals for Chelsea were scored by Antonio Rudiger.

The pressure is on West Ham to stay up and it would be a big fall from grace for the club who have their new 60,000 London Stadium, at taxpayers expense and have sacked Manuel Pellegrini only to bring in David Moyes who doesn't appear to have made them any better. The club drew 3-3 at home to Brighton in what was seen as a must win game as they have to play Manchester City and Liverpool in their next two games, and both of those games are away from home.

The draw felt like a defeat given that they were leading 3-1 with just fifteen minutes to go. Fans look dejected and the whole atmosphere around the club does not look good. One bright spark is that the club were able to sign Jarrod Bowen from Hull. The youngster is being tipped for great things. Can he help the Hammers from their slump? Moyes' team are currently 2.25 to go down.

Comeback of the weekend has to go to Everton. They were 2-0 down early on to Watford who are fighting for Premier League survival and have been in very good form since Nigel Pearson took over in December. Everton looked dead and buried, especially considering under Marco Silva they had never come from behind to win a top-flight game, but somehow they found a way back at the weekend. Of all players Yerry Mina would be the hero, the defender scored two goals in first half injury time, which took the sting out of the Hornets, and Everton would have gone in at half time very pleased with themselves. It was impressive though that the club kept that energy up in the second half and it felt somewhat justified that Theo Walcott would grab a winner in the 90th minute. The only downside for the club was the dismissal of Fabian Delph but after the game manager Carlo Ancelotti announced that Andre Gomes would be back for the club v Arsenal in 3 weeks time. Maybe this is the performance Everton have been waiting for to help change the mentality of the players into those of winners.

Alf -Inge Haaland remember him, the Leeds United player from the 90's? Well you may well have heard of his son then, Erling Haaland. Now whilst his dad was a competent footballer his son seems to be something rather special. He is certainly being spoken about so much so that pundits believe he will be the next superstar. Currently Haaland is at Borussia Dortmund and he has scored 7 goals for the club in just his first 3 games. He looks like one to look out for and we should see much more of him when Dortmund take on PSG in the Champions League.

In France it was business as usual for PSG who beat Montpellier 5-0 however there was also a story. Thomas Tuchel the coach substituted Kylian Mbappe and he was none too pleased, the two had a very public bust up and one has to wonder how long the Frenchman will be at the club for or perhaps it will be Tuchel to go. The two don't seem to see eye to eye with one another.

Zinedine Zidane is continuing to do a quiet but effective job at Real Madrid and they are top of the league. This was an important weekend for the club who beat arch rivals Atletico Madrid 1-0 in the Madrid derby. Atletico are having an underwhelming season and have fallen 13 points behind Real marking the end of their title chances for this season.