Can an outsider creep into the Top 4? 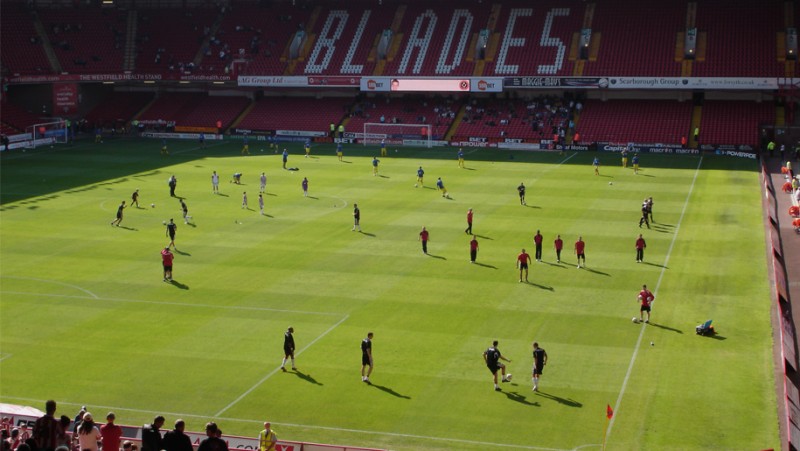 Could Sheffield United be gracing the Champions League next season? It sounds too good to be true for their supporters and the neutral fan, but it is becoming more and more realistic by every passing weekend.

True the Blades still have plenty of work to do and need results to fall a certain way if they are to achieve it but they have given themselves a chance. At the weekend they came back from 1-0 down against Bournemouth after Callum Wilson's goal to win 2-1, sealed with John Lundstram coming off the bench for the home side to grab the winner late on.

The win, the clubs 10th of the season has seen them go into 5th place and they are only 2 points behind Chelsea for 4th. The catch of course is that Chelsea have a game in hand, so do Tottenham who have been pushed back to 6th and are two points behind. But not only does Chris Wilder's side have competition from these two clubs the likes of Everton, Manchester United and Wolves all have some chances of staging a counter against Chelsea. Let's face it Chelsea have not been too consistent and it will only take one of those challengers to string 3-4 winning games in a row to go past the Blues.

One of those challengers also played in a depleted weekend of football in the Premier League because of the winter break and that was Everton. There is a lot of confidence at the club now and manager Carlo Ancelotti seems to have really settled in. Everton did have some frights at the weekend but were much the superior team as they beat Crystal Palace 3-1 at Goodison Park.

Goals came from Bernard, Richarlison and Dominic Calvert-Lewin and Everton had 14 goal attempts, 8 on target and Ancelotti really has the club and players believing, evidenced in the clubs rise from near the bottom to comfortable in the top 10. It will be genuinely interesting to see which players of the current squad will be up for sale in the summer and who the Italian will be able to bring in. Whilst Ancelotti has coached the likes of Milan, Juventus, Bayern Munich and Real Madrid you get the feeling that he is starting to really enjoy this very different challenge of making a once great club, well great again, now imagine that slogan on blue caps!

As for the winter break it seems like only the Premier League could come up with a break that isn't one. It's great of course that we still get football at the weekend, but if we are going to have a break then why didn't we have it? Teams are still playing, albeit it is just staggered instead of having 10 games over a weekend but the football is still continuing. There is also the question over the gaps some clubs are getting. Leicester are getting a 13 day break, Liverpool 15, Chelsea 16, that just seems a little unfair, one day either side makes sense because of TV but an extra two or three days, not really.

In Europe let's start with Lionel Messi who has spoken! The football legend has voiced his concerns over Eric Abidal on the Barcelona board suggesting that if Abidal is blaming the players for Ernesto Valverde's sacking then name names. Messi is furious with Abidal and now the media believes that one of them must go. Of course headlines sell better by suggesting that Messi will be the one to leave but that doesn't seem like a realistic option. Anyway Manchester City have been installed as the favourites to get their man at 9.00.

Elsewhere Romelu Lukaku is having the season of his career as he scored once again to help his side Inter Milan come back from 2-0 down at half time against AC Milan in the derby and win 4-2 in a superb game. Inter are now joint top with Juventus in Serie A.

In France PSG continue to dominate and they beat Lyon 4-2, but it was the own goal scored by Fernando Marcel for Lyon which grabbed the headlines, it was clinical and quite brilliant certainly check that goal out.

Next week there will be 6 Premier League games during the 'winter break' with the highlight being Chelsea against Manchester United, until next week….